A fragile and precious natural environment that we strive to protect…
Read about some of our initiatives to raise awareness of environmental management,
ecology, and the protection of Mediterranean species.

This waste collection initiative was put in place by the French department of Hérault, as part of the “Hérault Littoral” programme, to fight against plastic waste on the beaches and in the sea.

Four educational collection points with a rather original design have been installed on 4 of the iconic beaches along the Hérault coastline (La Grande Motte, Frontignan, Agde, Vendres). La Grande Motte was the first beach with one of these original bins, especially for plastic.

After testing it for a summer, more than 800kg of plastic was collected by the department. This great initiative will be put in place for the next summers. 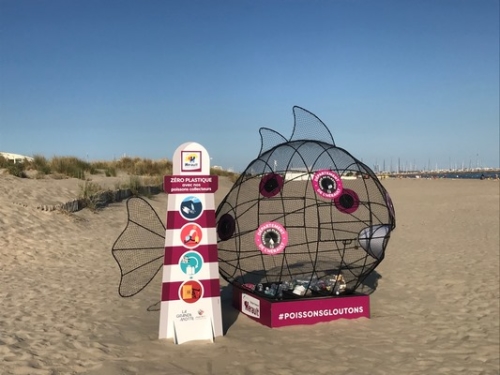 The sea turtles treatment and recovery centre
An initiative from the Cestmed association.

For several years now, the sea turtles recovery pool has been in La Grande Motte. Turtles who have been injured or accidentally caught in fishing nets are recovered by the fishermen and taken to the centre for the treatment and protection of the turtles of the Mediterranean. Once they’ve been cared for, they are placed in the Bassin du Ponant so they can get used to a semi-natural habitat and learn how to feed themselves again.

A new centre is due to open soon in La Grande Motte, near this reacclimatization pool. Thanks to this, the animals won’t be moved around as much, and this bigger centre will provide these wonderful creatures with much more space. For educational reasons, this centre will also be opening its doors to the public so they can see the animals up-close, meet the carers and volunteers and find out all about the protection of this species. 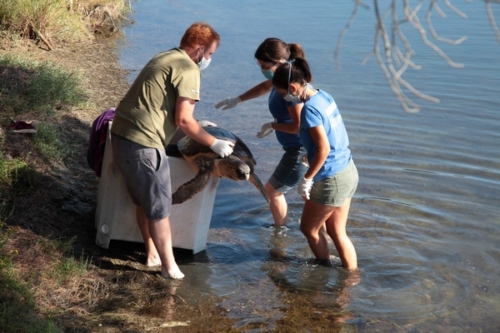 Beehives have been set up on Ponant peninsula in an effort to protect bees and encourage the pollination of wildflowers. Some exceptional “Miel des Sables” honey is produced there!

La Grande Motte takes good care of the specific plant species that grow in the sand and in salty environments (halophytes). The location along the dunes is ideal to encourage the fragile plant life in this environment, to protect the barrier beach and the beach. This initiative also encourages the protection and preservation of bees which have been classified as an endangered species since September 2019.

The local council makes sure to include species that produce nectar in all the town’s plantations. 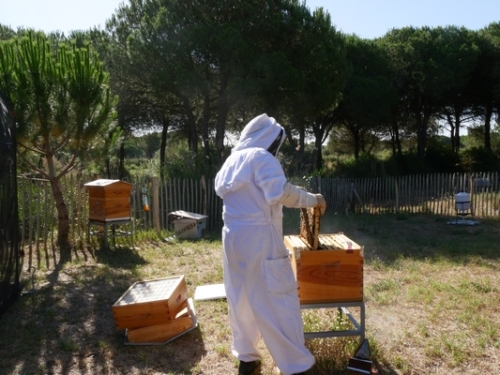 At the heart of the town are a number of hidden footpaths well known among the local people. As part of an educational project in partnership with the association Les Ecologistes de l’Euzière, pupils from a local secondary school spent two days replanting vegetation.

A large number of typically Mediterranean species were planted. This created a circular trail in the villa district that allows visitors to discover different varieties of trees. From now on, everyone can have easy access to green spaces. 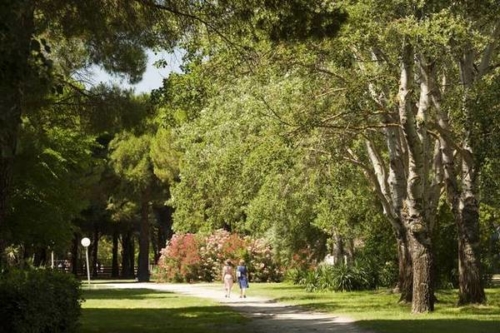 La Grand Motte is the first harbour in the world to test this initiative, invented by two Australians. These new-generation floating vacuum cleaners can collect more than 1.5kg of waste per day. Thanks to the bag made from natural fibres and the movement of the pump, sea bins can collect floating waste, as well as microorganisms and hydrocarbon that is found in abundance in harbours.

Beach and harbour cleaning operations: Throughout the year, the town of La Grande Motte organises educational and ecological eco-citizen operations. Each volunteer, equipped with a bag and gloves, helps clean up the harbour and beaches by collecting any litter they find. 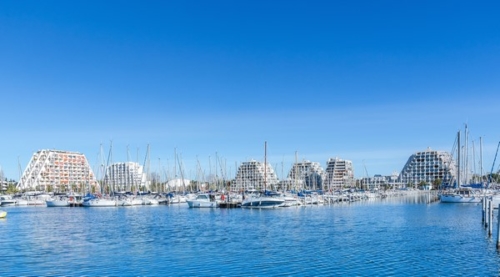